CWA launched a television and digital advertising campaign to educate the public and legislators about the importance of making sure that broadband infrastructure is built by skilled union workers and not low-wage contractors.

The ad, featuring CWA Local 4008 member Kojak Valentine, comes as a bipartisan group of legislators are negotiating a federal infrastructure bill which allocates $65 billion for broadband. CWA members have been contacting their senators and members of Congress to make sure that the bill prohibits companies with union workers from subcontracting the work in order to avoid paying the fair wages and benefits we have negotiated and protects workers’ right to organize a union. 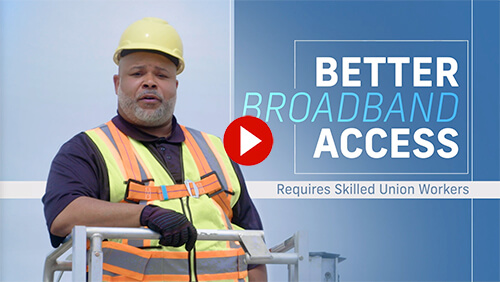